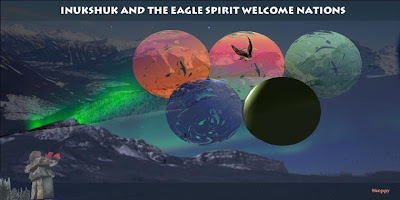 Day seven had me reflecting on the brief interview I did with NBC London on Thursday. The reporter asked several questions about the mood in Vancouver and if there was excitement felt by the locals for the Olympics. I have read articles from out of town media outlets suggesting we are not excited about the Olympics. I get the feeling many Vancouverites might not even be aware of the world’s interest in our mood. Journalists want to know how we feel, people! I do think our actions and reactions could be misunderstood though.

Tourists in the city are business as usual for us. Perhaps we aren’t feeling anything extra special on that front because we are accustomed to welcoming the world. Vancouver has been a popular vacation destination for many years. Granted this time there will be more tourists here, and over a shorter period of time than say Alaskan Cruise ship season.

I have said this before and I will say it again: We are a last minute kind of city and maybe the rain has something to do with that. Everyone seems to be doing their thing and when it’s time to go, then that’s the time to go. Its like, we know the games start next Friday so we’ll see you next Friday, kay?

However, at times we are like a city full of people who leave their schedule open just in case other things come up. We have so many great outdoor places to hang out here, that we’ll just decide to stay there and skip whatever it is we thought we might do later. A photographer I know showed up at my book launch an hour late because the sun came out, a phone call came in and voila, she was out on a speed boat cruising Burrard Inlet. I totally understood: I probably would have done the same thing! There is definitely something a little non committal about Vancouver. Perhaps the media has picked up on that and perceives it as a negative.

One thing is for sure, we have joined a group of cities that have lived with the Olympics and it's seven year long pregnancy...and we are about to bring another "kid" into the world so to speak. Whatever happens..well it's our baby for now. Hey, from this point onward we can share knowing looks with residents of Salt Lake City, and not have to say a word!

So, as I “did my thing today” I noticed plenty of signs that more and more people are starting to get ready: saw plenty of Canada flags on cars, saw more Olympic inspired window displays than yesterday, talked to some people about the Torch Relay and they all were aware of when it will be in their community. And speaking of that torch...wow, we’ve waited a long time for it! Longest. Torch. Relay. Ever. Totally worth the wait :o)

On the personal front, my Olympics hair cut and highlights: done , found my perfect Winter Games hat (on sale, too!) booked another event in my calendar (Panasonic Pavilion launch event on February 11th) and determined Tuesday will be my pre-Olympic laundry day...unless something else comes up ;o)

Pictured above: My Uncle Skeppy created a beauty: and can you see the red mittens? I know Uncle Skeppy had been quite busy completing some home improvement projects and I am thrilled he shares his Olympic Spirit through art with all of us....Thanks Uncle Skeppy!!!!
Here is an encore of one of his earlier submissions... 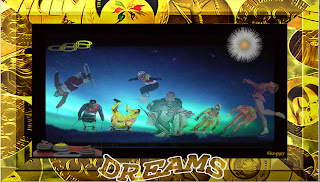