Welcome to the 2010 Olympics Swag Off! Vote for your favorite Swag! Over the next two months we'll be hosting preliminary rounds of swag matches. Come February, the top swag will compete along side the Olympic Ice Hockey Tournaments during the 2010 Winter Games.

First up: Two competitors that happen to be fundraising swag in the “Under Six Dollars Category." 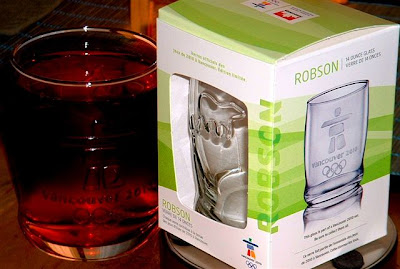 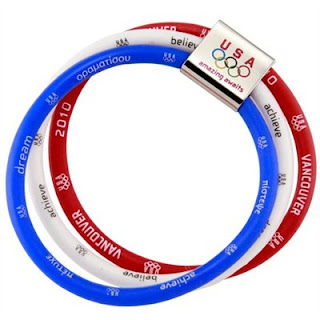 Cast your vote at the polls at the top, on the right!!!!

Round One Swag Statistics....

Wear your support for Team USA at the 2010 Winter Olympics! The Team Rings bracelets!
A portion of the proceeds from the sale of each bracelet benefits the U.S. Olympic & Paralympic Team. These rubber bangles feature Team USA colors with a silver tone logo, and fits most wrists. Not for kids under three (could be a choking hazard) Order bracelets here

Pitting souvenirs, merchandise and general swag items against each other was born during the 2008 Stanley Cup Playoffs. My home team, the Vancouver Canucks didn’t make the playoffs, and I needed something to do, so I followed the playoff series matching up team swag corresponding to each round. Click here for the Original swag off page at hockeyandhighheels.com. 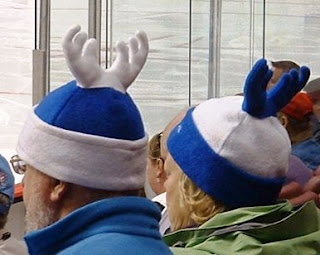 I know the maker of those reindees hats! Actually I have been selling them at finnish market in Helsinki this year :) The maker is LAPIPO :)

Thank you so much for the info on the hats! Gotta let my friend, Michelle know about this! cheers :o)