Book Review: Only in Whistler- Tales of a Mountain Town 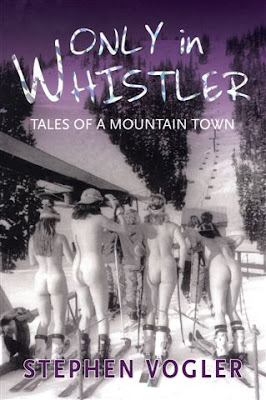 Author Stephen Vogler’s new book is full of love...and plenty of beer. But, at the heart of the book is the passion for skiing and how that passion lured some pretty interesting people to Whistler back in the Seventies. And with the 2010 Winter Olympics fast approaching, the timing couldn’t be better to get to know them, and their stories.


Stephen Vogler shares his personal account of growing up in Whistler and introduces readers to some of the coolest characters you’ll ever meet in a book.

Vogler, along with the rest of the young, fun loving pioneers he meets along the way not only established a community and a lifestyle, but they went to great lengths to maintain it, preserve it, and eventually honoring it as the inevitable changes swept over Whistler, catapulting the small town into the world class ski resort it has become.

Vogler blends his own narrative with conversations he had with his Whistler peers, painting a picture of Whistler that looks nothing like the mall on the mountain the town is now. Some of the tales of the mountain include creation of a transit system to ferry around the ski bums, a clever Cappuccino stand, the plight of a twice dead horse named Dusty (that one really had me laughing out loud) and one ripper of a party after another. And of course the skiing, I can’t forget that. The days well spent on the slopes were worthy of many celebrations, and Vogler chronicles each event with great detail.

If you are going to appease Ullr, the Norse God of Skiing...you’ve got to do it right, and this book will show you the way, grasshopper.

Only in Whistler by Stephen Vogler is available online and in bookstores, but don't plan on buying it on a BC Ferries. Because of those bare bums on the cover, the ferries passed on stocking the book in their gift shops (protecting the children from bare bums). Read more about the story here.
Posted by L.A. Ovens at 1:05 PM