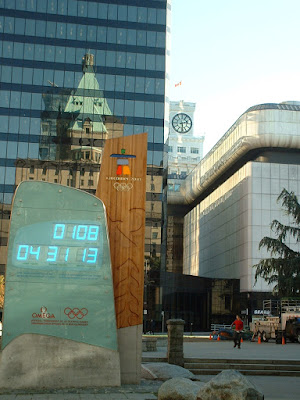 Some exciting news from the University of British Columbia: a competition was held for architecture and planning students to see which team could come up with the best design for a temporary pavilion to be constructed on Granville Street between West Georgia and Dunsmuir Streets. The winners of the First Annual Spacemakers Competition will have the opportunity to showcase their talent and creativity to Vancouver and the world during the 2010 Winter Olympics.

The teams had 24 hours to design a space that will dazzle Olympic enthusiasts, and keep them comfortable and dry should it be raining buckets in February. The pavilion, located on a pedestrian only downtown street, will be alive with people: it’s close to the entrances of Pacific Centre Mall, the Hudson’s Bay Company (2010 Olympic Superstore) and the entrance to the Granville Street Skytrain Station. An estimated 6000 people will be passing through the area daily during the games. Rain or Shine, it’s another venue to experience. 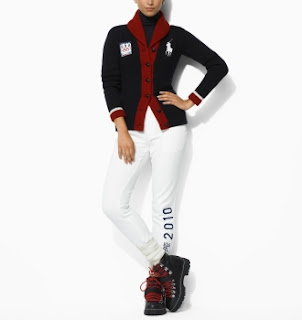 Speaking of the 2010 Olympic Superstore... I was passing through it the other day and noticed a “Team USA” apparel section under construction. Polo Ralph Lauren designed Team USA’s Closing Ceremony outfits, and they are looking pretty sharp. The merchandisers told me the full collection with be on display over the next two weeks. The Team USA department is actually located just outside of the little white fence dividing the Superstore from the “regular” Hudson's Bay departments on the main floor. When you eye ball the situation, Team USA is in the opposite corner from Team Canada’s corner. Let’s hope there aren’t any rumbles by the Shiseido counter.

Speaking of rain, it’s still soaking us, and is supposed to continue into the weekend. Perhaps Mother Nature is just using up February’s supply of rain now, so we’ll have beautiful, spring like conditions during the Olympics. It’s happened before....
Posted by L.A. Ovens at 3:11 AM