In My Back Yard


We are six months away from the opening of the 2010 Winter Olympics in my hometown of Vancouver, British Columbia, and I haven't even begun to get in shape for this monumental sporting event. I am way behind schedule on my pre- Olympic workouts, beer drinking and sporty life style shtick. 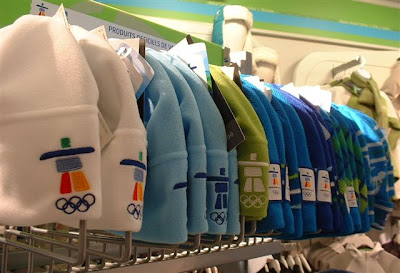 photos by Lisa Ovens
However, for the last five years I've been taking pictures, writing notes and generally lying around thinking about this five ringed spectacle about to take place in my back yard. This blog is the place for me to unload the material and free my mind of it, finally. 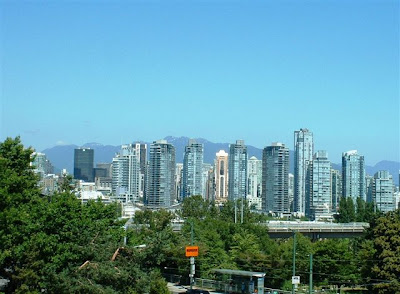 2010 and High Heels is a spin of Hockeyandhighheels.com, the home of my first baby, Hockey and High Heels- A different kind of hockey book. Because of that book, h&hh.com welcomes visitors from around the world and many of them haven't been to Vancouver. So here are a few things about Vancouver that readers might like to know...

Vancouver is 123 years young. Yeah, we're just a bunch of pups over here...woohooo!

From my own experiences traveling around the world, everyone seems to know where Toronto is, and Vancouver is no where near Toronto. It's a 42 hour drive west of TO according Mapquest. That's 2700 miles (4300 km), if you drive through the United States like Mapquest suggests. Vancouver lies on the shores of the Pacific Ocean, nestled behind a wall of mountains that act as a natural barrier from the rest of Canada. If we have itchy feet and want to visit another country, we only have to drive 30 miles south and we're in the United States.

Vancouver is Canada's third largest city with it's metropolitan area home to just over 2.3 million people. Because we have the mountains, ocean and the United States border hemming us in, "urban sprall" is a phrase not in our vocabulary. We have lots of high rises, but not too high because people should have at least a little view of the surrounding natural beauty.

Animals that dig the natural beauty: squirrels, raccoons, bears, ducks, sea otters, orcas, seals, sea lions, cougars....those are some of the bigger ones, and a few of them walk by my living room window almost ever night and look in at me, like I'm some sort of zoo exhibit or something.

The Migration of Retail

Vancouver is the first city to have Lululemon, and the last city to get a Sephora (It literally just opened a few weeks ago).

I'll stop there at the subject of retail/ merchandise; a subject that will pop up plenty as I empty the Olympic contents of my mind and closet.